Viking swords have become a common sight in recent films, video games, and television programs.  From "Assassin's Creed Valhalla", to the television series' "The Last Kingdom" and "Vikings", depictions of these weapons have become widespread.  In today's video blog we look at some of the misconceptions about viking swords that crop up in these popular media.  Below you can see representations of Viking swords from popular culture, as well as some photos of accurate Viking swords. 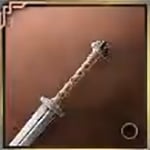 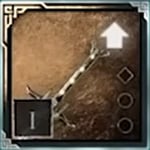 In the video game "Assassin's Creed Valhalla" there are not any real Viking swords, though there are lots of axes (see about blog about the axes of the game here).  The swords that are available in the game are all very large two handed swords, like those above.  This is all well and good for game play, but these swords are among the least historically accurate weapons in the game. Uhtred with his sword in "The Last Kingdom"

In "The Last Kingdom", a series set during the period of the Dane Law in England, Uhtred of Bebbanburg has a sword named "Serpent Breath".  The blade of this sword as represented in the program is fairly accurate, though the hilt is pure fantasy.  Compare this to the Arms and Armor Anglo-Saxon Sword below, which is historically accurate.

Many swords in the television program "Vikings" are a bit more accurate to historical originals, but still fall into the trap of making the grips far too long.  Compare these swords to our historically accurate Arms and Armor reproductions which are based on original antique swords. Sword of Ragnar in "Vikings"

In the video below we compare our Anglo-Saxon Sword to a thousand year old Viking Sword from the Oakeshott Institute collection.